While hidden camera shows abound on reality TV, one of the biggest recent hits is “Impractical Jokers” with over two million viewers tuning in every Thursday night.

The show follows Sal, Q, Murr and Joe, the four members of the comedy team, The Tenderloins, as they coerce one another into doing public pranks while being surreptitiously filmed.

Impractical Jokers differs from other prank television programs in that the stars of the show don’t know the details of the prank until the moment they are performing it on strangers. While one cast-member performs the prank, the other three comedians feed lines to him from behind the scenes. The result is a challenge to the prankster to do and say outrageous things, with the joke being on them.

Now the Impractical Jokers featuring The Tenderloins are on a 14-city tour with a stop Saturday at Omaha’s Orpheum Theater.  Sal Vulcano says the tour is geared towards stand-up comedy but fans of the television show won’t be disappointed.

“We also tell stories, we also show videos that we shot just for the tour that we could never show on television…we do like stuff with the crowd…it’s kind of really a real fun mixed bag. And so I guess there’s a little something in the television show for everyone and so we try to take that and do that in the live show and we have a little something for everyone.”

The Tenderloins will play the Orpheum Theater Saturday at 7:30 p.m. Tickets are available at www.ticketomaha.com. 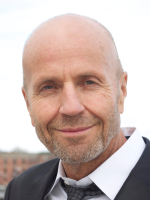