The new film "18½" is the latest from Omaha-born filmmaker Dan Mirvish. The film is a Watergate thriller and dark comedy about a transcriptionist and reporter who find the infamous 18-and-a-half minutes of missing tape from Richard Nixon’s White House recordings.

Mirvish is an award-winning filmmaker and co-founder of the Slamdance Film Festival. His films include "Omaha The Movie," "Open House," "Between Us," and "Bernard and Huey." Today Mirvish discusses the film’s thematic relevance to today, how his filmic influences, including mentor Robert Altman, played into its conception, and what the efficacy of political art is in today’s climate.

"18½" is playing now through July 14 at the Ruth Sokolof Theater. 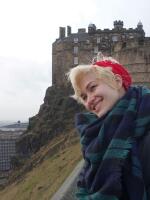