The Band Radio Special to air on KIOS

On Sunday September 29th at 7:00PM KIOS will present The Band Radio Special. An in-depth look at one of rock music's most influential groups.

From their roots in rockabilly as the backing band for legend Ronnie Hawkins, to their years playing with Bob Dylan and their own rise to fame, The Band is one of the most celebrated and iconic groups of their time.

For this hour-long special, The Band co-founder and songwriter Robbie Robertson sits down with host Mike Etchart for a candid, insightful and revealing conversation on the behind-the-scenes history and dynamics of the group, and the inspiration and stories of some of their best known songs, like "The Weight" and "The Night They Drove Old Dixie Down".

The show also covers details and music of their first headlining tour in 1971 that concluded with three sold-out shows at the  Academy of Music in New York, the entirety of which is documented  for the first time in the new release "Live at the Academy of Music 1971-The Rock of Ages Concerts".

The Band Radio Special is produced by Mike Etchart for On The Strip Radio. 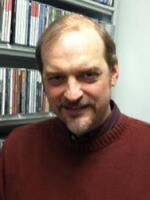