With new abortion restrictions now in effect in Texas, Governor Ricketts says he wants to bring similar measures to Nebraska. The governor voiced his approval yesterday after the Supreme Court refused to block a Texas law that bans abortions after six weeks. The governor said his office will be watching closely as they pull together legislative plans with pro-life leaders in Nebraska. Ricketts has passed several laws restricting abortion access while in office, including an end to Title Ten funds for clinics that offer any abortion services. 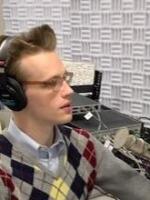 Matthias Jeske
Former UNO MavRadio DJ Matthias Jeske was named the Air Personality of the Year in 2014 and 2015 by the Broadcast Education Association. He has also appeared on “American Idol,” and was the proud recipient of an Omaha Press Club scholarship.
See stories by Matthias Jeske